A tropopause fold describes the downward intrusion of stratospheric air into the troposphere which results in a folding of the tropopause, as schematically illustrated in Figure 1. Typically at a tropopause fold there is the vertical shearing at the jet stream combined with the ageostrophic convergence of polar, subtropical, and stratospheric air masses. Tropopause folds mark the change in the height of the tropopause and are characterized by the occurrence of strong turbulence. Stratospheric air, which characteristically has a low moisture content and a high potential vorticity can protrude down to the mid or even the lower troposphere. Consequently, tropopause folds can be located by their association with gradients in upper level moisture, which are evident in the SEVIRI 6.2 µm channel sensitive to upper tropospheric water vapour. The tropopause height can be estimated from NWP parameters such as temperature, specific humidity or potential vorticity. Additionally, the ozone content derived from SEVIRI IR channel at 9.7 µm is a good indicator for the presence of a tropopause fold: the lower the tropopause the more ozone is sensed by the instrument.
To derive the probability of a tropopause fold, a logistic regression relation is applied (input parameters given in section 3). 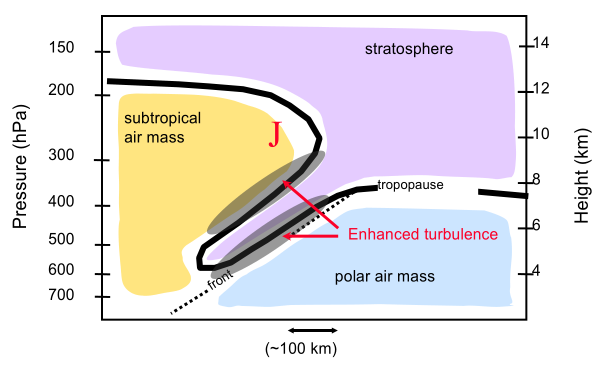 Figure 1: Illustration of a tropopause fold. (© Feltz and Wimmers 2010)

Table 1 shows the input parameters required for the detection of tropopause folds. Based on specific humidity, the height of the tropopause [hPa] is calculated from the NWP data. It is the gradient field that serves as input into the logistic regression. It is recommended that NWP data be provided up to the 50 hPa level to ensure that the tropopause is captured. Brightness temperatures from SEVIRI channel WV 6.2 µm directly serve as input, yet there are also some post-processed satellite data involved: From WV 6.2 µm, also the gradient is input; moreover, the dark-stripe detection described in Jann (2002) is applied to a somewhat smoothed version of the field, and it is the distance from the stripe edge that serves as one of the predictors. The channel difference IR 9.7 µm – IR 10.8 µm enters the logistic regression relation in form of its gradient field.

The ASII-TF product is encoded in a standard NWCSAF netCDF output file. Apart from the standard fields, the netCDF file holds the derived probability for occurrence of tropopause folding. For each pixel a value between 0 and 100% is assigned. Additionally, status flags are provided to give details on processing issues. 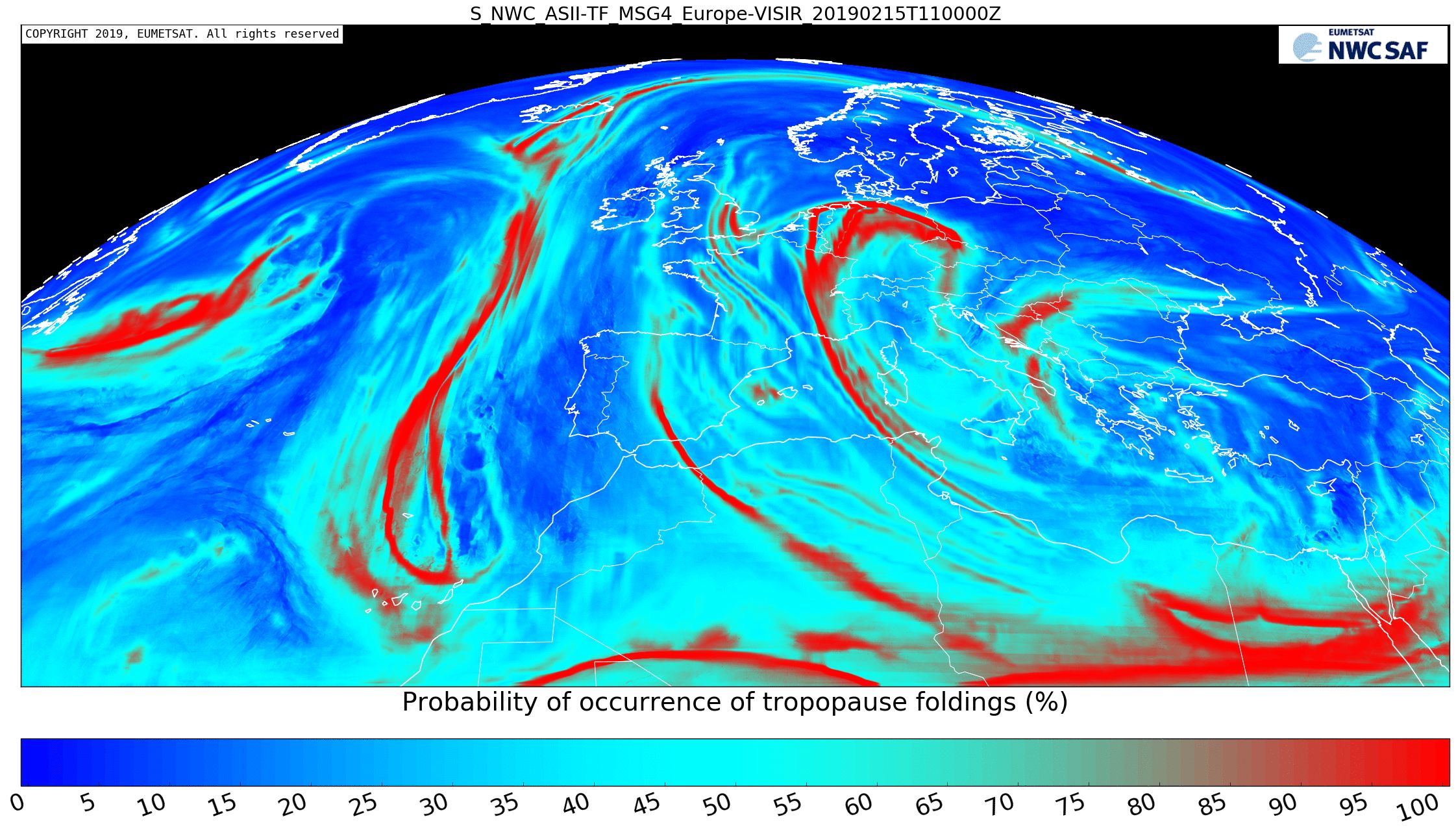