Gravity waves can be detected in satellite imagery through the characteristic patterns of alternating bright and dark stripes they cause (e.g. in Figure 1 below). The product is based on a pattern recognition algorithm seeking such regularly arranged stripy features in water vapour and infra-red imagery. Details can be found here.

The ASII-NG products are encoded in standard NWCSAF netCDF output files. Apart from the standard fields, the ASII-GW netCDF files hold the derived probability for occurrence of gravity waves. To each pixel, a value between 0 and 100% is assigned, separately determined for the IR and the WV channel, respectively. Additionally, status flags are provided to give details on processing issues. 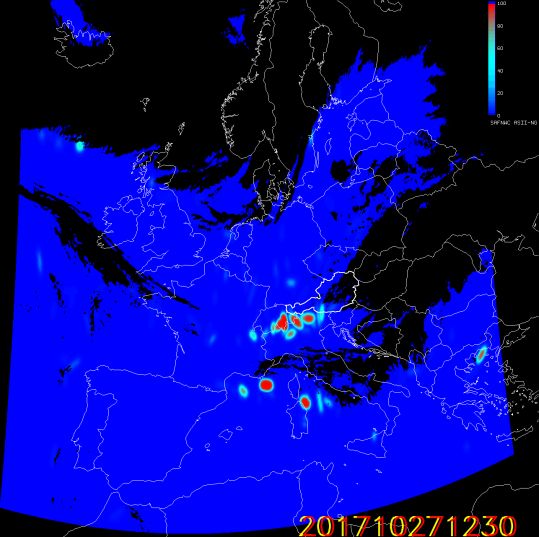 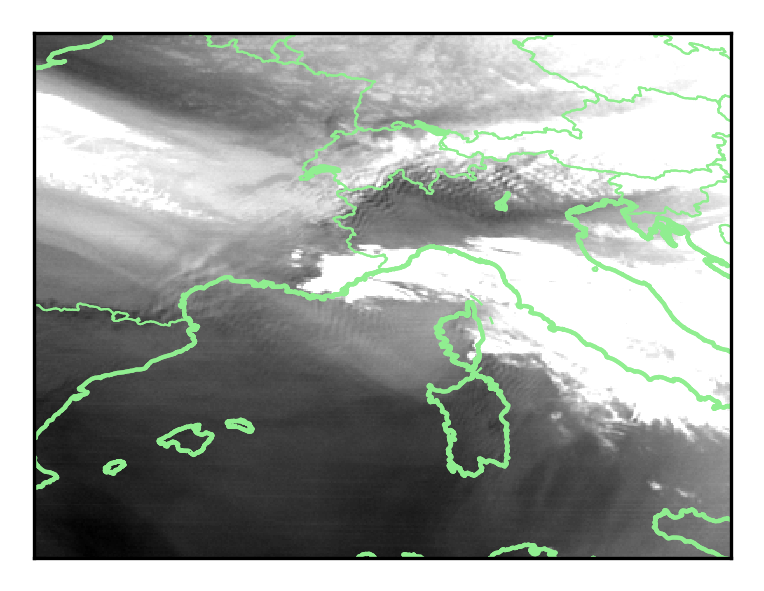