ASII-GW allows to detect grating patterns (alternating bright and dark stripes) in the water vapour image. These are indicative of gravity waves, which may become unstable, eventually resulting in the notorious “clear-air turbulence”.

• Available during day and night.

• Available at the temporal frequency of the satellites.

• Objectively analyses brightness fluctuations, which regularly are so weak that it is not easy to spot them in standard image visualizations. 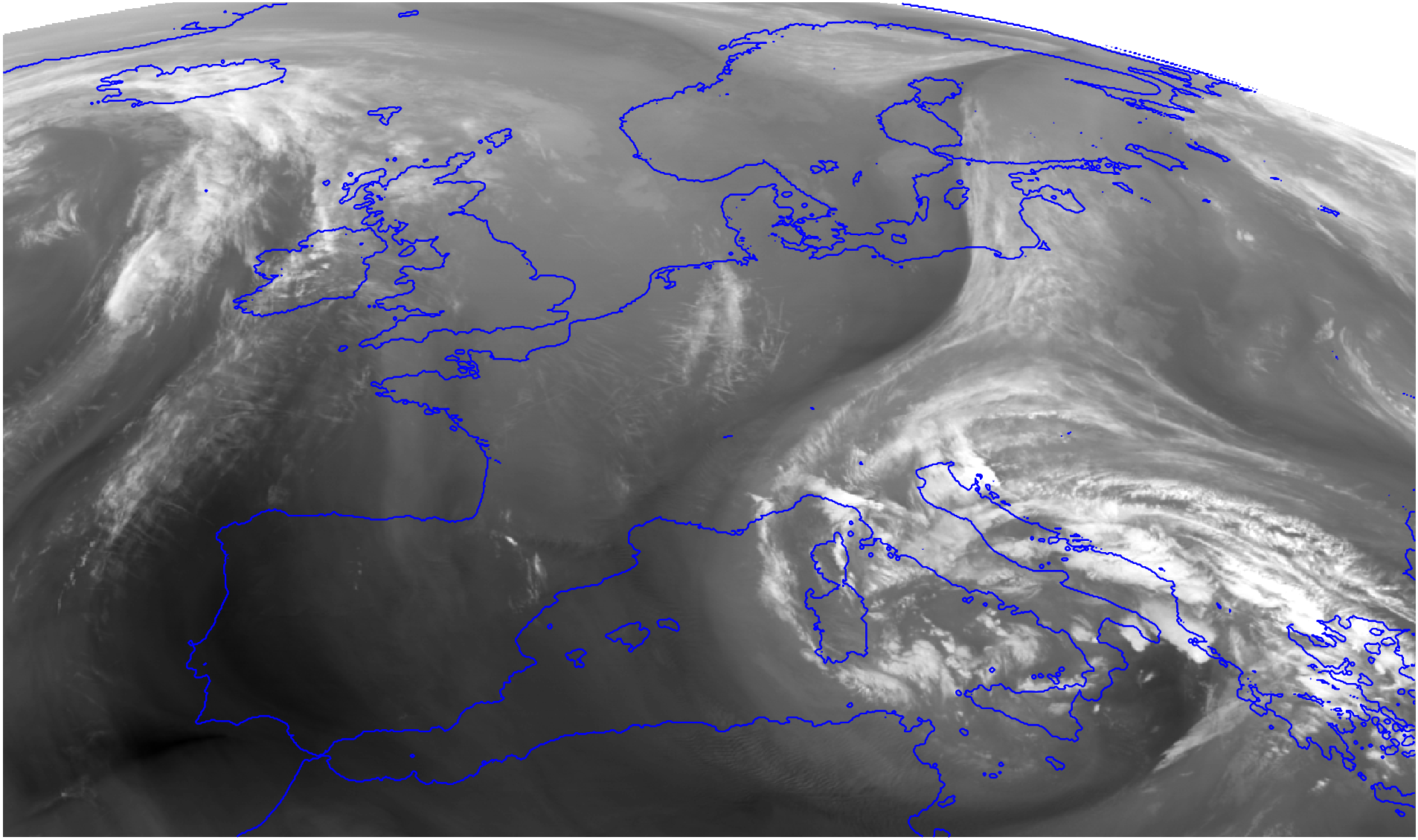 The corresponding ASII-GW analysis provided at the NWCSAF HelpDesk looked as follows (as the legend indicates, the ASII-GW output for each pixel gives a probability [0-100%] of presence of gravity waves; thick clouds [depicted in black] excluded):

Now, the ripples over northern Algeria and Tunisia can be hardly missed even if one devotes only limited attention to the WV7.3 image. The ASII-GW analysis can be accepted immediately there. But what about the indication that the zone extends northward for another 650 km over the Balearic islands to the Northeastern tip of Spain? Its subjective detection required a meteorologist with an extended time budget for WV7.3 analysis and a little luck concerning the zooming and the colour table used by the visualization system. Thanks to the shortcut provided by ASII-GW, we directly go to the region in question, apply some contrast enhancement manipulations onto the image and eventually verify that ASII-GW's hint on gravity wave patterns was indeed a good one: 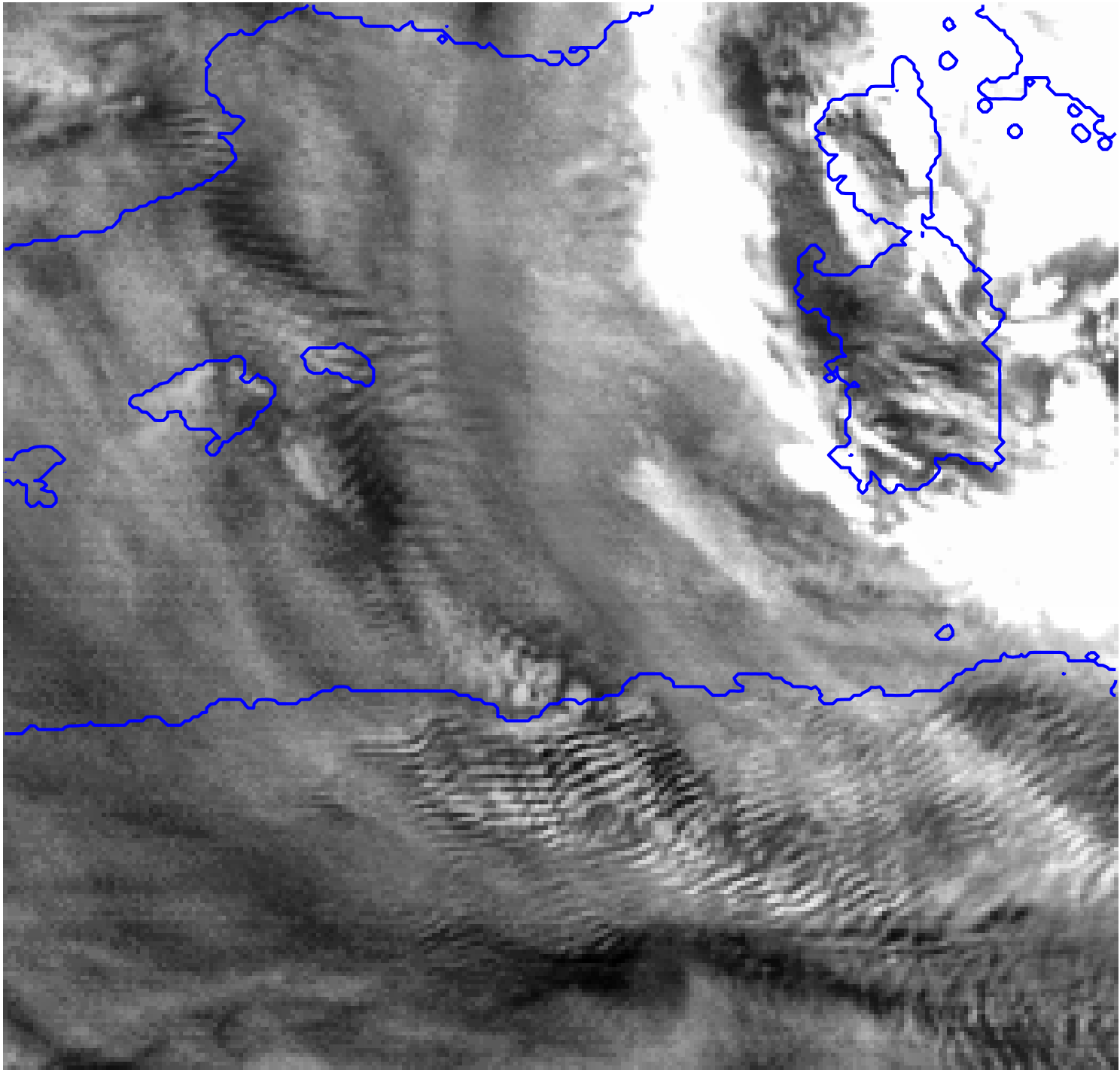 • Not immune against false alarms caused by regularity in marine Stratocumulus.

• As a consequence, the current version offers no IR analysis, so gravity waves reflected only in these spectral bands are not detected.

No stand-alone turbulence detector - always to be viewed in conjunction with additional material, as...

* ...not every gravity wave leads to turbulence!

* ...even if it does, the layer where the turbulence occurs cannot be assessed from geostationary satellites.

* ...there are other mechanisms in the atmosphere which potentially lead to turbulence!

To know more: ASII-GW description or the tab "Science" at http://www.nwcsaf.org

Real time displays of ASII-GW product with MSG satellites over Europe and the Mediterranean Sea are available at:
ASII-GW