ASII-TF detects tropopause folds from a combination of satellite and NWP input data. Tropopause folds are known for their potential for clear air turbulence as they mark an area of upper-tropospheric boundaries with strong vertical wind shear at the jet stream. The ASII-TF product is designed to locate these regions in the atmosphere, where turbulent flight conditions for aircraft are more likely than elsewhere.

• Available for the full Earth disk as seen by meteorological geostationary satellites.

• Available at the temporal frequency of the geostationary satellite.

• Combines satellite and NWP data into one product.

The above example shows for each pixel the probability for being located at a tropopause fold (highest probabilities in red, lowest in blue). Turbulence in the upper troposphere is tightly connected to wind shear and jets. Tropopause folds indicate upper-level temperature gradients (fronts) and these are often accompanied by strong wind bands and shear which is the main cause for clear-air turbulence (CAT). Hence, tropopause folds are an indirect indicator for upper-level wind shear which is the main cause for turbulence at this altitude.

The map below shows the prognostic significant weather chart (SIGWX) for the same date over Europe issued by WAFC London. All 4 CAT areas annotated in this chart are reflected in the above ASII-TF product with high probability values for being located at a tropopause fold. 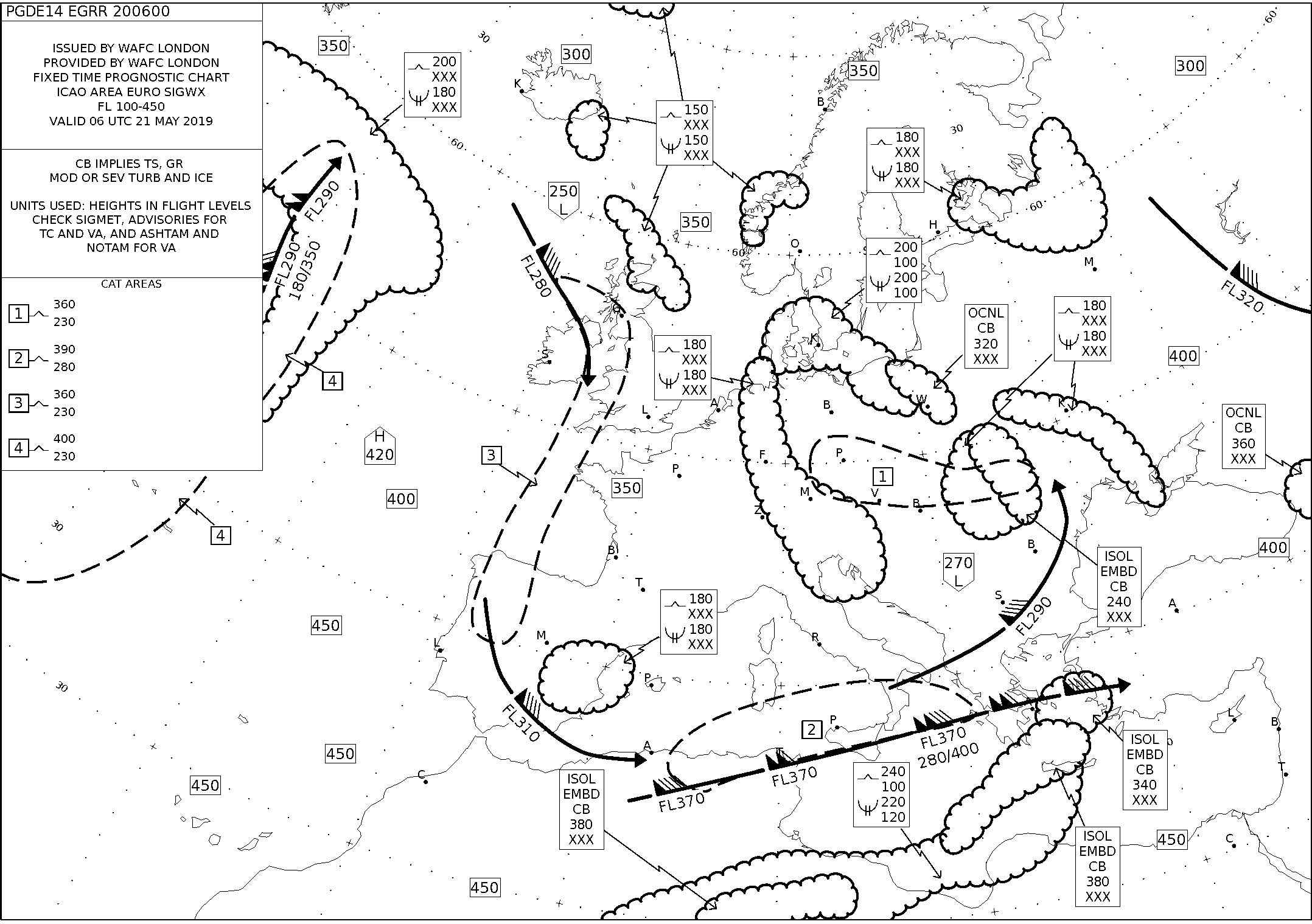 • Tropopause folds are located according to their position in the upper troposphere. They usually show a strong vertical inclination down to lower levels which is not reflected in the product. No information is provided about the vertical extent of the tropopause folds.

Shear from jet winds near tropopause folds is by far not the only reason for CAT in the upper troposphere, other sources have to be taken into account as well (e.g. deep convection, mountain waves...).

To know more: ASII-TF description or the tab "Science" at http://www.nwcsaf.org

Real time displays of ASII-TF product with MSG satellites over Europe and the Mediterranean Sea are available at:
ASII-TF